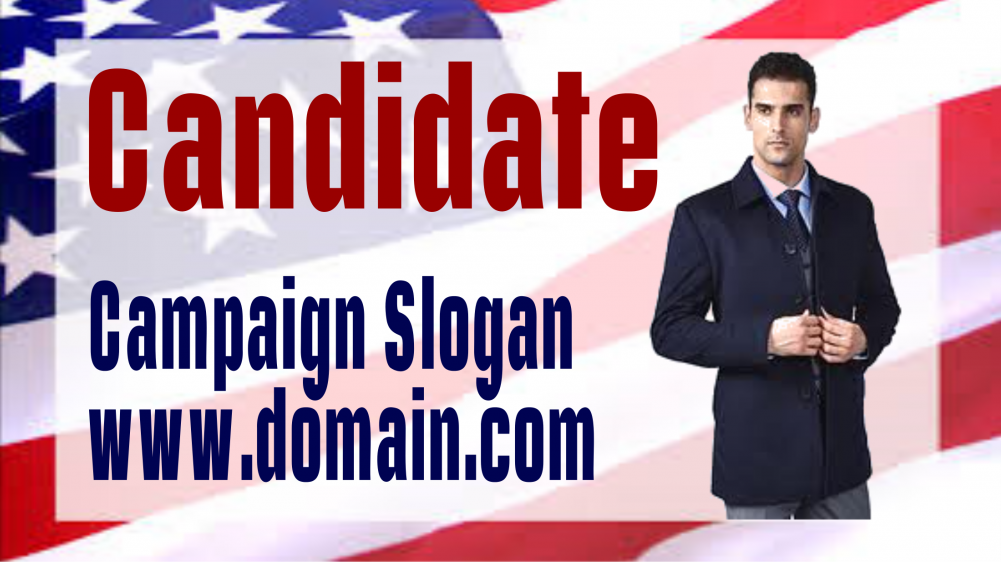 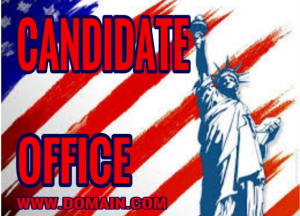 Political Campaign Signs with That Stand Out from the Crowd

Since 1984, the use of custom political signs has quadrupled, according to The Atlantic. While some strategists note that “No campaign sign ever voted,” the fact remains that cheap political signs are growing in popularity. As Dr. Christopher Muro, renowned political scientist says, “Just take a look at who actually wins the elections…You’ll notice that in almost all of them, the winners, have a much bigger campaign sign presence than the losing candidates.” There are three important considerations for your political sign printing: 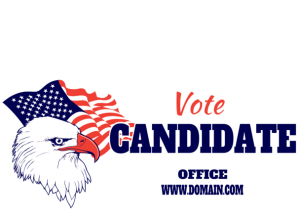 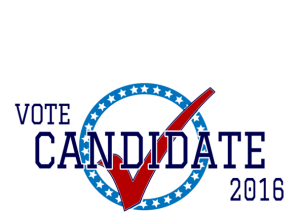 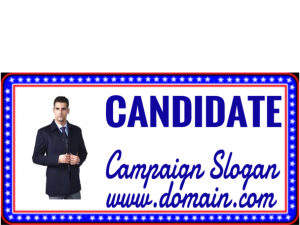 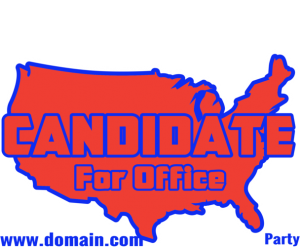 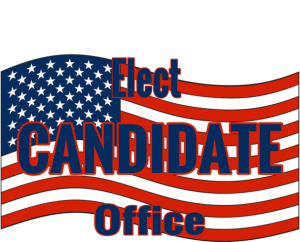 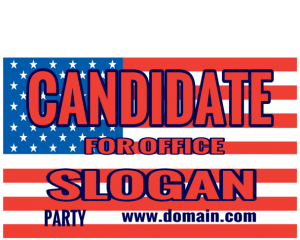 Cheap Rates for Our Most Common Sizes 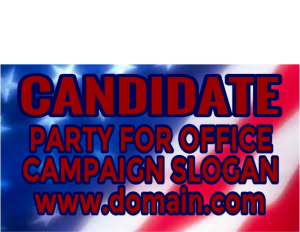 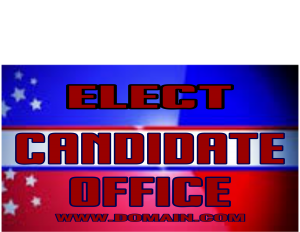 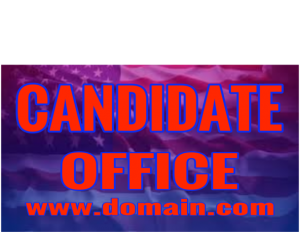 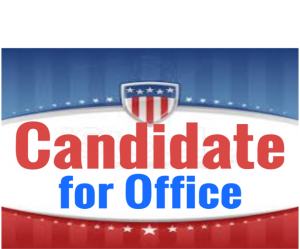 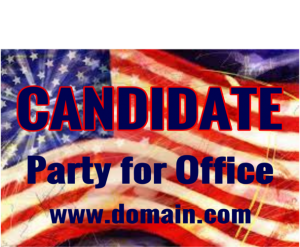 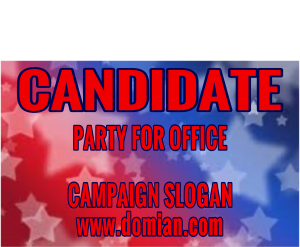 Why Choose DG Promotions As Your Political Sign Maker

Why Choose DG Promotions As Your Political Sign Maker? 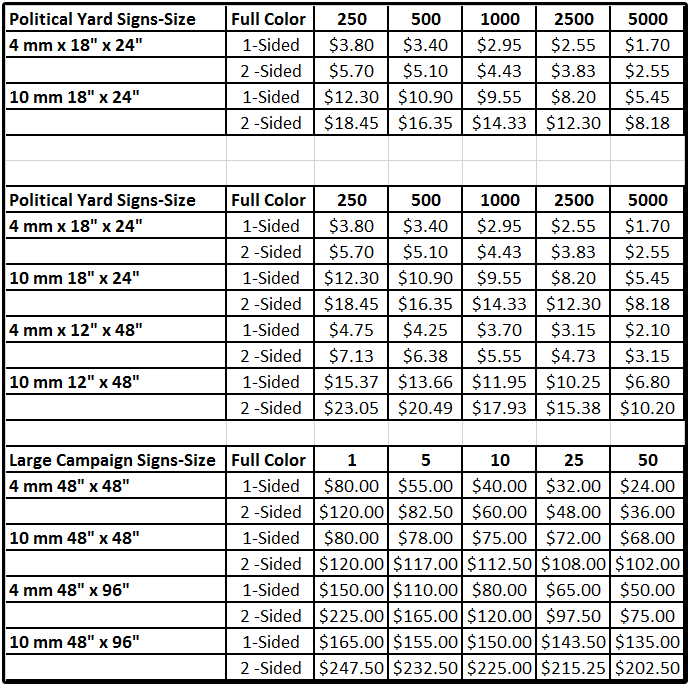 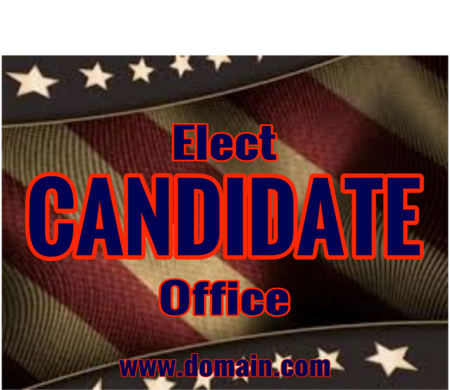 Who Knew Cheap Political Signs Could Have Such a Great Look?

There is plenty of evidence that even cheap political yard signs play a valuable role in campaign success.

The key function of campaign lawn signs is certainly name recognition. Mel Kahn, Wichita State University political scientist, says “candidates are aware, or should be aware, that people don’t vote for persons whose name they do not know. And so (cheap political yard signs provide) a way, at the grassroots level, of establishing name recognition.” Experienced campaign managers understand the importance of name recognition, especially in local elections. Dr. Muro expounds, each campaign sign “gets the name out, and name recognition is a crucial component for a candidate seeking to be elected.” Counting the number of campaign lawn signs candidates display does help predict how many votes each will receive, according to multiple studies. Correlation is not causation, however. To determine the effect political campaign signs have on voter behavior, political scientists have actually conducted controlled experiments.

Fordham University professor Costas Panagopoulos, in the only known, randomized academic experiment, had volunteers carry a campaign sign in select precincts encouraging people to vote. Though each of the precincts had historically similar voter turn-out, he confirmed that the ones visited by his campaign sign-waving volunteers had nearly four points higher voter-turn-out than the control precincts. Panagopoulos hypothesized that publicly promoting a cause might create social pressure on neighbors to vote. Political scientists conclude that custom campaigns signs are less about persuading voters than engaging them. 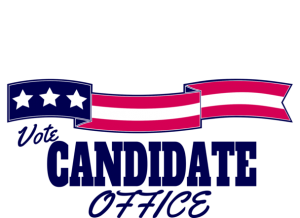 Custom political signs can have a direct impact on constituent engagement. The key example may be Millennials. Young people, by virtually all measures, are less politically active than older Americans. According to an Ohio State study, however, they were actually more likely to display a campaign sign than older Americans. Young people surveyed in 2015 indicated that custom political campaign signs were one of the types of activism they were most comfortable with. Public displaying a campaign sign can even be contagious, the Ohio State study found. Constituents whose neighbors had campaign sign were statistically more likely to display one themselves.

Cheap political yard signs can have a far reaching impact, according to commentator Brian Morris. Local media generally provide more news coverage to candidates when they see more of that candidates’ custom campaign signs. “That coverage, in turn, reaches far more voters than the signs alone – thus, a few hundred cheap political yard signs can spur a snowball effect that helps the campaign branch out to thousands of voters via media coverage. Morris notes that cheap political signs can be extraordinarily cost-effective if done early.

Bolstering constituent engagement and voter turn-out are compelling reasons to distribute custom political signs. Other studies show campaign lawn signs can actually change how voters feel about a candidate. A 2011 control experiment by Cindy Kam and Elizabeth Zechmeister tracked the effects of campaign lawn signs on a voter affinity for a fictitious candidate. They discovered that not only did cheap political yard signs increase the “candidate’s” name recognition, but nearly one-in-four people who regularly saw experimenter’s custom campaign signs preferred the “candidate.” 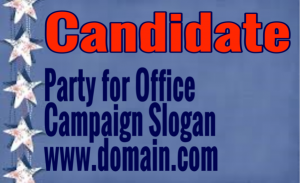 The fundamental role any campaign lawn sign is to achieve name recognition and name affinity. To be most effective, custom campaign signs should focus on the candidate’s name, and very little else. Perhaps the most common error a political sign maker/designer makes is squeezing too much in a limited space. Typically custom campaign signs are viewed just a few moments at a time, so simplicity is best. Campaign sign designs that employ a patriotic theme are usually most effective. Political sign printing skews heavily towards exclusively red, white and blue color-schemes. Many incorporate patriotic elements, like the American flag, eagle, etc. There seems to be little consensus about whether other elements, such as pictures of the candidate, are effective. While no single design has been shown to be universally effective, our key piece of advice as an experienced political sign maker is not to let the graphic design detract from the candidate’s name.

Campaign lawn signs don’t always end up in yards at all, but can be posted in common areas and stores with significant foot traffic. A great innovation in custom political sign printing is including a website domain name or QR code. This innovation enhances the effect even cheap political yard signs have on campaigns. Candidates can now send constituents directly to a website or social media profile via their smart phones. This small innovation can make a big difference in engaging constituents who scan the political yard signs. Obviously, the “landing pages” should present the candidates, their positions, and their credentials in the strongest way. Ideally, constituents would be given the chance to volunteer, donate, and get political signs of their own from these “landing pages.” Please note that only digital printing can cost-effectively embed QR code in cheap political signs.

States and municipalities may have slightly different regulations regarding campaign lawn signs. Most regulations involving custom campaign signs focus on full disclosure. Typically, political campaign signs are required to identify people or organizations sponsoring the custom political sign. Candidates are often required to expressly state that they approve the campaign. Regulations typically require that custom political signs include “Paid Political Advertisement” (or “Pd. Pol. Adv.”). Many offices require that candidates declare their party affiliation on each political yard sign. Our advice: every political sign maker should include these details in the “fine print.” Better safe than sorry.

Can Campaign Lawn Signs Be Restricted?

Local government efforts to restrict citizens from displaying custom campaign signs have met with little success. The U.S. Supreme Court struck down a Missouri municipal law banning political yard signs at private residences. Municipalities responded by trying to limit the time campaign lawn signs can be displayed, Lower courts have held that this 1994 Supreme Court ruling also invalidates efforts to limit when, or for how long, a campaign sign can be displayed. Municipalities are have little power to regulate custom political campaign signs on private property. Not so with HOA’s, however, where a contractual regulation can be written into the CCR. Where municipalities are constrained by the First Amendment in regulating custom political signs, private condominium and homeowners associations may regulate campaign lawn signs, depending on the terms of the HOA agreement. 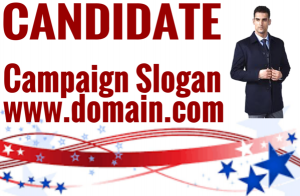 What Are You Waiting For? Let DG Promotions Be Your Political Sign Maker

DG Promotion is one of America’s most decorated, trusted custom printers. Our quality, customer service, and versatility are unrivaled. Begin our fast and easy political sign printing process today. Please call 800-714-3583. We would love to make cheap, custom, political campaign signs for you.